At the end of last July, the Spanish government approved a bill modifying the law on property transfers that annulled the payment of municipal surplus value on houses registering a loss at the time of transfer.

The cornerstone of the new law is how to determine whether or not there has been an increase in the value of the land, which is established when the property is sold.

There are three main points arising from the introduction of the new law:

The new tax will not be applied in cases where it is clearly proven that the value of the land has not increased compared with the price of the property at sale and its original purchase price. In these cases the taxpayer must make a declaration that the sale is not subject to Plusvalia while providing proof that there has been no increase in land value. However, it is not clear what proof of sale and acquisition values is required or what transmission and acquisition values should be applied.

The transmission and acquisition values to be taken into account will be those amounts actually paid and recorded in the deeds, unless the property has been appraised to have a higher valuation. Therefore, in the sale of a house the reference value is the price that appears in the property’s purchase deeds.

In cases when a property is being transferred as an inheritance or charitable donation, the acquisition and transmission values declared in the public deed of inheritance or donation will be taken into account. If these values have been appraised and the valuation is higher than the amount declared, the administrative values as set out in the deeds will be accepted. In short, priority is given to the values entered in the public deeds, unless they have been subject to verification of values and the result of it yields a higher valuation.

The coefficients or multipliers applied to the cadestral value of the land have also been modified to take into account the number of years over which the increase in land value was generated. If land values were previously calculated over five-year periods, now the count is annual and up to a maximum of 20 years.

The main indication is that the bill is just the beginning of large-scale reform of the municipal capital surplus tax and a report has already been prepared proposing its in-depth revision. The report suggests a new tax to replace the current one that would apply to the increase of the value of all land and not just urban areas.

If the new proposals are accepted, the taxable base would no longer be calculated by applying incremental coefficients but the actual difference between a property’s sale value and its purchase price. To avoid double taxation taxpayers would be allowed to deduct the tax paid from the tax base of other taxes such as the retention tax IRPF, for example.

The post What you should know about ‘New’ Municipal Added Value Tax appeared first on . 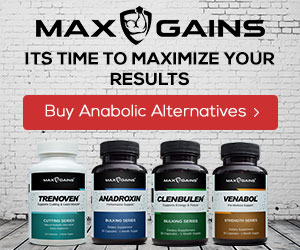